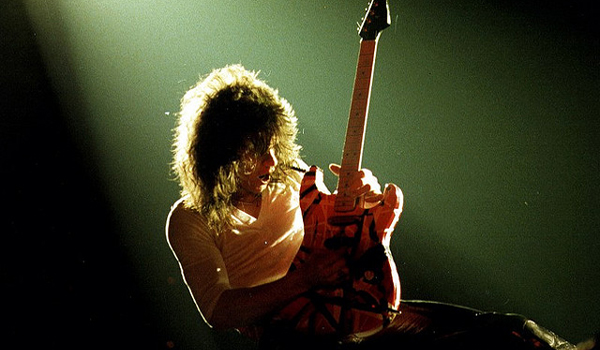 10 Best Guitarists That Rocked the World of Music

Where would Rock and Roll be without its guitarists? Over the years, the work of guitarists has had a major impact on Western music and culture at large.

Here is a little look at 10 of the best guitarists in the history of rock whose impact is felt on music to this day.

This is probably not the first time that you are looking at the best guitarist list in , and it certainly won’t be the last. While the history of rock has produced some of the most skilled guitarists, probably none would come  even close to Jimi Hendrix in terms of personal charisma and impact on popular culture. From his surreal guitar riffs in Purple Haze and Third Rock from the Sun, to the iconic rendition of the Star Spangled Banner at Woodstock 1967, the history of music would be incomplete without the unavoidable persona of this master guitarist. 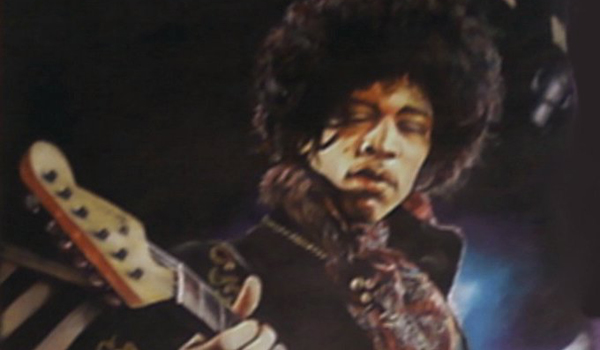 Arguably the greatest blues electric guitar player of all time, B. B. King has become synonymous with the genre over the years. Known for his passionate performances, the King of Blues has produced hits like “The Thrill is Gone” and “3 ‘o Clock Blues”. There is hardly a major guitarist list in which this guy is not featured and for good reasons too. King is known for his unique signature style and his favorite guitar “Lucille”, he has made it to the 3rd rank in Rolling Stone’s 100 Greatest Guitarist of All Time List in 2003. We just think he is a touch better than that, oh, and an inspiration to a few names in this list. 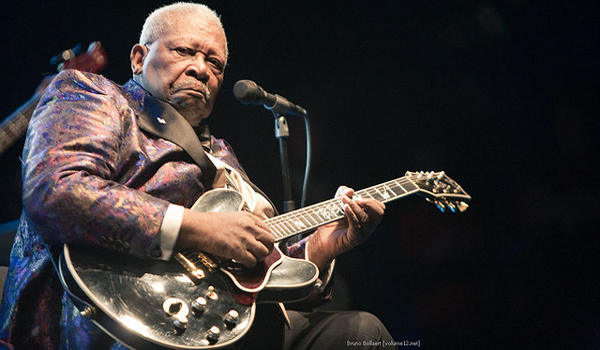 Eddie Van Halen is probably one of the few guitarists who has outrun his inspirations as far as critical acclaim is concerned. The Dutch-American guitarist is the co-founder of the rock and roll band Van Halen and is responsible for popularizing the tapping technique of playing the guitar. He has been voted the greatest guitarist of all time in a poll carried out by the Guitar World magazine.

Producing some of the most significant guitar riffs in the history of rock, Brian May was the brains behind a lot of iconic music produced by Queen such as “We Will Rock You” and “Tie Your Mother Down”. Ranked second greatest guitarist of all time by the Guitar magazine, this English rock star is unique in playing his home-built electric guitar Red Special. He has also worked with several acts other than Queen. 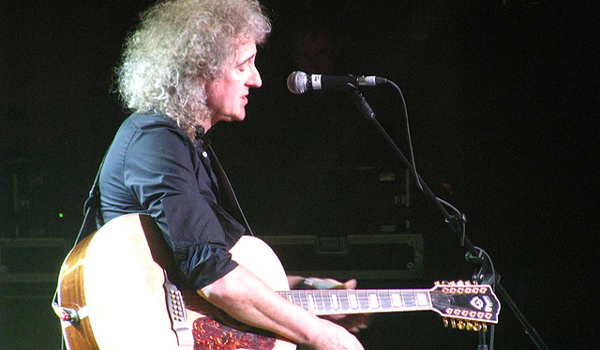 With undisputedly remarkable skills and equally paralleled success, Eric Clapton makes it to the fifth slot in the list. The English guitarist masters the blues tunes and is recognized to be one of the most melodious guitarists in the business. With hits such as “Layla”, “Tears in Heaven” and covers of “Crossroads” and “I Shot the Sheriff” under his belt, the “Slowhand” has a reputation of remarkable control over strings. He was named 2nd in Rolling Stone’s 100 Greatest Guitarists of All Time list. 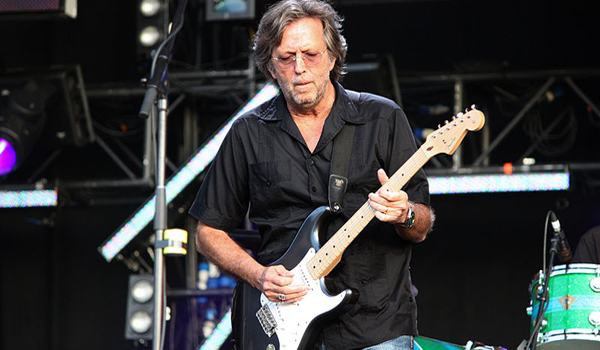 Chuck Berry would simply make the list because of his influence on rock and roll and R&B. Active since the 1950s, the American guitarist has produced some of the most iconic hits in the history of rock and roll such as “Roll Over Beethoven”, “Maybellene” and “Johnny B. Goode”. Chuck Berry was one of the very first rock stars to make it to the Rock and Roll Hall of Fame and has been ranked 5th in Rolling Stone’s 100 Greatest Guitarists of All Time list. 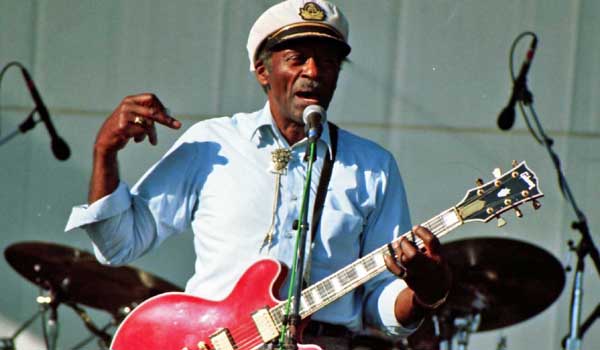 There are a number of guitarists that many would prefer over Keith Richards, but very few of them have been able to create tunes so memorable and widely loved as him. Let it be the soul stirring opening riffs of Gimme Shelter or the funky “Jumpin’ Jack Flash”. While being ranked as 4th on Rolling Stone’s list of 100 Greatest Guitarists of All Time, his contribution as composer and songwriter for more than a dozen Rolling Stones tracks has made it the 5000 Greatest Song list of the same magazine. 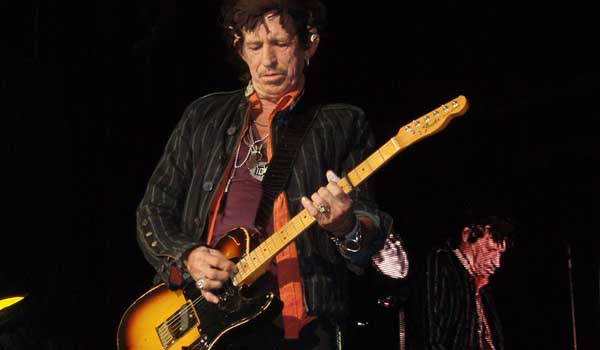 Jimmy Paige is best known as the lead guitarist of English rock band Led Zeppelin, but his reputation as a guitarist goes far beyond that. Recognized around the world for his distinctive . Critically acclaimed for his technique and passion, Jimmy Page has been ranked 3rd in Rolling Stone’s 100 Greatest Guitarists of All Time list, while earning the 2nd spot on Gibson’s list. 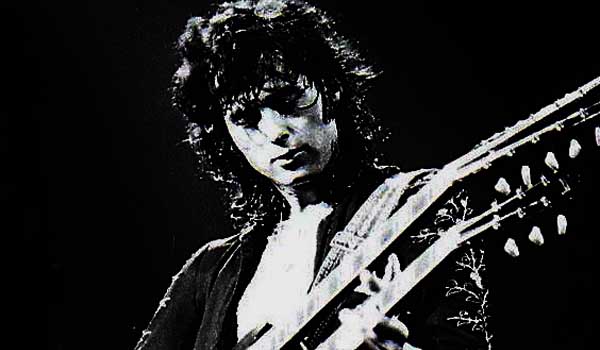 Yngwie Malmsteen is widely regarded as the most technically gifted guitar player of all time. The Swedish guitarist rose to prominence in the 1980s and has been noted for his neo-classical fusion with heavy metal. The fact that he recognizes Italian violinist Paganini as a major influence could explain his attention to technique. He also plays other instruments such as cello and keyboards. 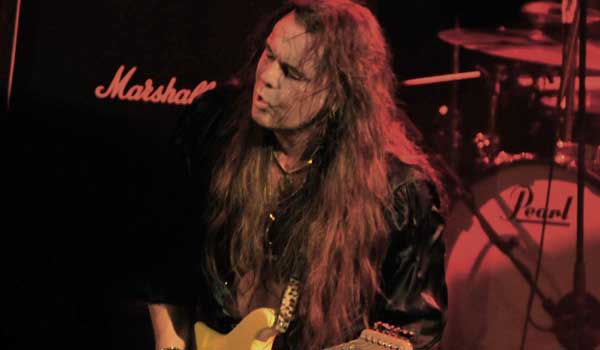 Joe Satriani has earned the reputation of a complete guitar maestro and he is living up to it by actually . He has been noted for his remarkable control and technique, Satriani is a composer and a guitar instructor as well and is also a man of many instruments. He has performed with acts such as Mick Jagger, G3 and Chickenfoot and plays his signature Ibanez JS Series guitars. 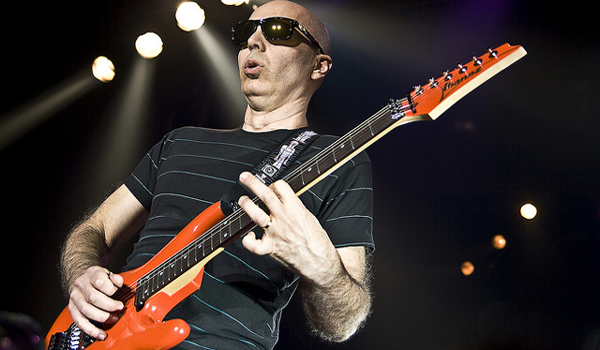 Next articleHow have I only just seen Game Of Thrones?