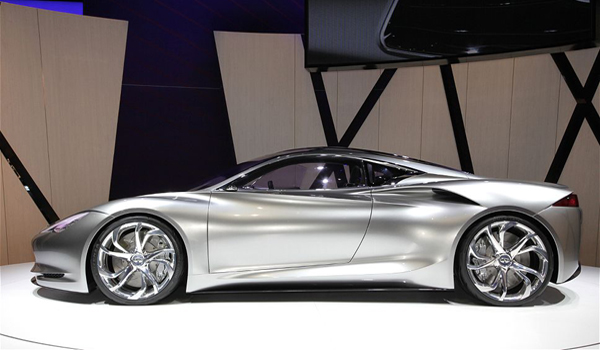 Last March (2012) Infiniti was the talk of the Geneva Motor Show when they unveiled a non-working prototype of their new Emerg-E electric concept car.  As the photos illustrate, this is one great  looking car.  Most of the journalists attending the show agreed and wanted to see more and t didn’t take long before Infiniti obliged. Infiniti had a fully operational version to show everyone at the Goodwood Festival of Speed, Fall 2012. This annual event in the south of England celebrates motorsports and draws automakers and car enthusiasts from around the world. 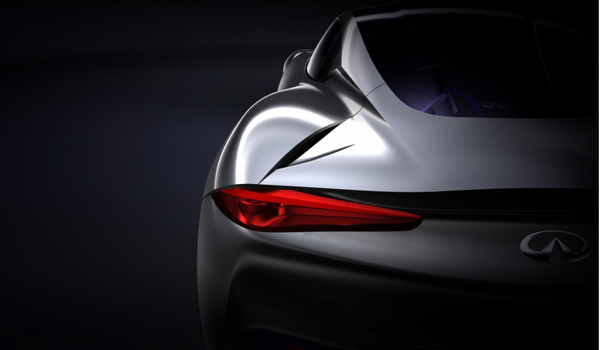 The Emerg-E caused another sensation at the Festival of Speed and journalists got to know a lot more about the program.  First, the Emerg-E is not solely an Infiniti financed project. It is partially funded by the UK’s Technology Strategy Board.  The TSB is a government-based organization that granted funds to Nissan.  This connection allowed Nissan to draw on deeper pocketed resources, well beyond its normal supplier base and partner up with other automobile manufacturers such as Lotus and others.

The result is some pretty stunning technology.  To start with the Emerg-E has two beefy mid-engine mounted motors, one powering each rear wheel. Together they produce 400 horsepower and make the car capable of accelerating from 0 to 60 mph in a stunning four seconds. The Emerg-E has a 30-mile electric-only range, after which a small three-cylinder gasoline engine kicks in to recharge the batteries. This is similar to the Chevy Volt drivetrain system.

The mid-engine design gives the Emerg-E an advantage over other front-engine sportscars.  Since the car’s heaviest components – the battery, electric motors and the 3 Cyl engine – are located behind the front axle, the car’s weight distribution is superior.  This translates to better stability and vastly improved cornering.

To keep weight under control, the Emerg-E has an aluminum chassis and carbon fiber body. It weighs in at 3,523 pounds. The salespeople at JBA Infiniti of Ellicott City, MD tell us that besides being a test-bed for technology, the car also provides a platform for the company to explore what a mid-engine Infiniti sports car might look like.  No announcement has been made yet as to a production version of the Emerge-E yet.