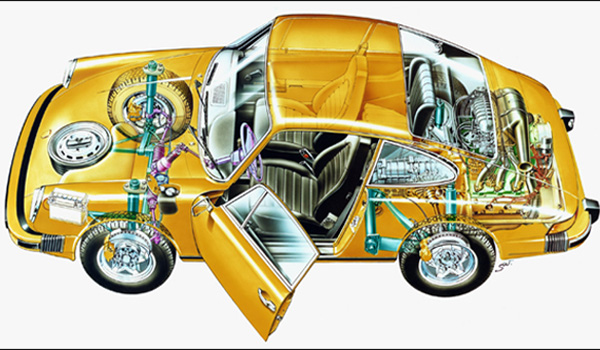 The 50th Anniversary of the Word’s Most Iconic Sportscar

It all started back in 1963 at the Frankfurt Auto Show when the first 911 appeared simply as a concept car sporting the 901 designation. It caused a sensation. After a quick name change following an argument with France’s Peugeot, which claimed only they had the right to use car names made up of three numbers with the middle one being a zero, the then renamed 911 eventually entered full production in 1964. The sales results were strong almost immediately because it offered a lot of new technology.  For example, in an era where most sports cars offered a four-speed manual transmission as standard equipment, the 911 had five forward gears. Most cars at the time used solid rear axles suspended on leaf springs but the 911 had a sophisticated semi-trailing arm and torsion-bar-sprung independent rear suspension.  Up front, the 911 used MacPherson struts (at a time when practically no one knew what they were) and a precise rack-and-pinion steering gear in an era when steering was typically by antiquated recirculating ball. The first 911 also carried four Dunlop disc brakes systems and rode on wide P165HR15 radial tires.

Yes, this is the year that the iconic Porsche 911 turns the big 5-0 and Porsche SE has announced a wide variety of high-profile anniversary events.  These include a very special display of Porsche 911s from past years at the famous Porsche Museum in Stuttgart. Among the cars on display will be four legendary models including an early-model 911 Turbo Coupé, a 911 Cabriolet study from 1981, a 1997 road-going ‘street’ version 911 GT1 and the pre-series Type 754 T7 – which is the basis of the first ever 911.

Since its striking 1965 debut, the evolution of the 911 has been mostly incremental with brief episodes of exceptional change.  However, while other sports cars have been around for as long, none have sustained such a singular identity as the 911.  Or had so much racing success.  Today the 911 and all its variants signify fine engineering and all that’s right with Germany and its automobiles.  Not bad for car that most engineers agree that the engine is in the wrong place (the rear of the vehicle.) 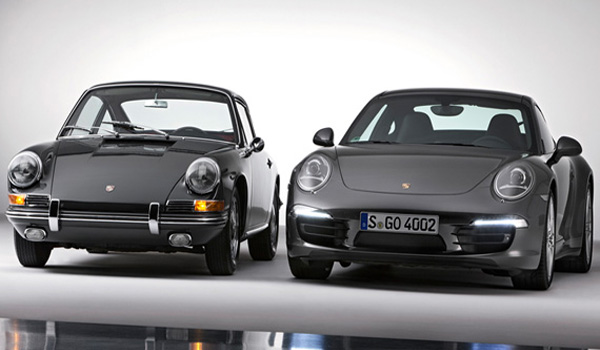 Other events planned by Porsche SE for the 50th anniversary of its most famous model are a five continent world tour where an original 1967 model will be attending rallies, motorsport events and international fairs.  Priority1 Automotive in Towson, MD tells us that you can follow this epic journey at www.Porsche.com/follow-911. Oh, and one other thing – A special 50th anniversary model is planned(!)  Not much is known about the 50th anniversary edition Porsche but the Porsche product line director August Achleitner revealed there will be something special for the 911s golden anniversary.  He declined to say what the company has in store but it’s likely 50th Anniversary Edition badging and possibly retro styling cues.