How Can Celebrities Cope With Their Fear Of Flying?

There is a wide gap between ‘how a commoner perceives a life of celebrity and how it actually operates’!

A common line of expression from a non-celebrity to a celebrity would go like:

Your life must be a living dream with all the glitz and glamour!

To which a reply of a celebrity would be:

A magnifying glass over our life also means to fight with the demons of bigger size and strength.

It is not difficult to decode the expression of a celebrity behind quoting such a reply! Of course, things that hold smaller relevance in our lives sometimes become the greatest challenges in the life of a celebrity.

One such instance is a celebrity suffering from flight anxiety!

For a commoner, it might be a general psychological disorder that needs to be dealt with the help of certain aids. For a celebrity, it comes with the additional pressure of not just handling the effects of a disorder but to bear it with the extra load of keeping the affair under the cover!

The obvious intention of keeping it low profile is to remain distant from the brunt of the negative publicity.

Keeping their ‘vulnerable part’ away from the spotlight is one of the biggest battles they have to undertake although their lives.

Also, on top of it, ‘flying’ is something that they can’t avoid despite having the worst form of flight anxiety. For their profession as an ‘entertainer’ or a ‘public figure’ demands them to be comfortable with the clause of frequent flying.

So, the two conclusions we have reached upon is that it is not optional for them to fight back their flight anxiety. And the other is that they have to fight back an even intense form of flight anxiety that gets amplified with the additional factors.

Down the post, we will be discussing the ways in which celebrities can cope with the disorder of flying anxiety!

The effective tools that can help the celebrities to counter their flight anxiety are listed as follows:

The best trick is to learn the art of calming their mind. Regular practice of meditation is an effective tool to combat the situation of not just relinquishing the flight anxiety but any form of it.

It is important for the celebs to realize the fact that whatever they happen to perceive that triggers an unsettling response within them is an act of mind that can only be dealt with if they are aware of what is taking place within their mind. 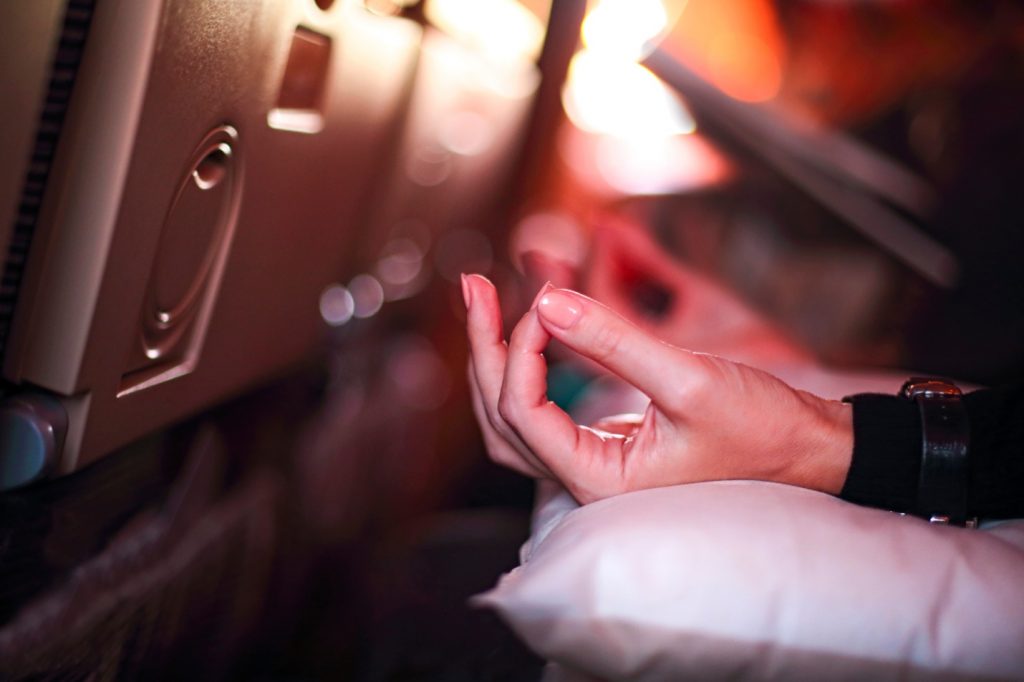 Meditation would help them to see through the troubled areas of their mind to which they can later find the optimal solution and resolve accordingly.

To begin with, celebrities can seek professional help to fight their flight anxiety which is quite a convenient resort to treat their disorder.

Fearless Flyer is one such expert help that has designed the professional courses to help people gain better clarity and greater confidence to undertake their flying journey.

The proven techniques have got no better replacement that can treat the fear of flying. Such professional aids have an added advantage of having a perfect proportion of counseling sessions and practical demonstrations that not just hold the bull by the horns but make the entire process way smoother that one can do on their own!

Bringing distractions is a temporary solution to wade-away the symptoms of flight anxiety that many celebrities have confessed to having helped them in dealing with their flight anxiety.

Kirsten Caroline Dunst, an American actress have stated in her comment that her noise canceling Bose speakers have helped her to fight back her fear of flying. The other means could be the intake of pills or liquor which may work for a momentary phase but surely is not a permanent solution to cure the underlying disorder of flight anxiety.

The possible help it could lend is to provide the momentary comfort till the time the celebs are acquiring a robust counter-mechanism to deal with our instilled fear and anxiety about flying.

There is no doubt about it that surmounting the hill of flight anxiety is much trickier for the celebs than for the commoners. But with the help of certain aids, they can ease their flying fears and carry out with their regular functions.

One thing is important for them to learn that their professional identity is a successive term which comes later than their human existence, which means it’s in their best interest to prioritize their natural fears and behavior over the self-made image of a celebrity.

Dealing the flight anxiety just call for their unconditional love and compassion towards themselves and they can see the world changing right in front of their own eyes!