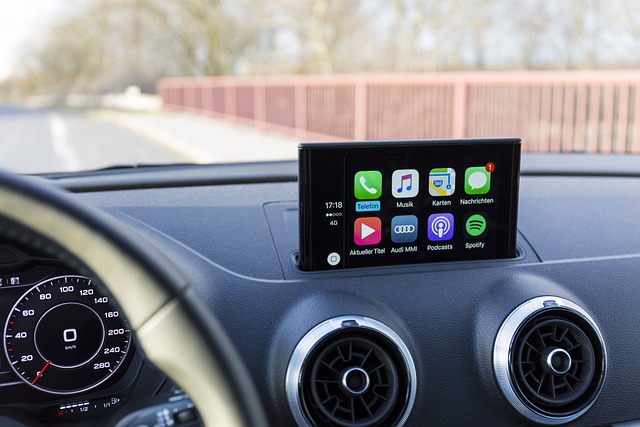 If “Reliability” and “Comfort” were on your checklist while searching for a car, chances are Lexus was one of the primary choices. But even a car like Lexus, which excels in most departments, has its shortcomings. One of those is the car’s infotainment system, which lacks the support of apps like Apple CarPlay and Android Auto. European luxury manufacturers started including these capabilities in their vehicles as early as 2014-2016. It quickly became a default option. Unfortunately, Lexus joined the ride fairly late. In the 2018 model year, it came as an option for LC; LS; RC; RCF and NX lines. The following years saw support added to other models too. Apple CarPlay became the default option for every model line as late as 2021. What that means is that almost 1.5 million Lexus cars, from 2015 to 2021, lack the ability to integrate with a modern smartphone and enjoy options like wireless navigation, wireless music sharing, synchronized playlist, the list goes on. If you own one of those 1.5 million, keep reading as we discuss the exact Lexus models, for which Mozart Electronics offers an aftermarket Lexus Apple CarPlay upgrade.

First on our list is the hybrid hatchback, Lexus CT. This compact daily driver came to the US in 2011, and it was discontinued in 2017, without ever getting an Apple CarPlay or Android Auto. Mozart electronics offer Apple CarPlay upgrade for models from 2014 up to the very end.

Next is the legendary Lexus ES. As a default option, It got Apple CarPlay in 2019. An aftermarket upgrade is available for all previous models starting from the 2014 model year.

The same goes for IS. This model received default Android Auto and Apple CarPlay capabilities with its major makeover for the 2021 model year, but a CarPlay upgrade is available for the 2014 model onwards.

In case luxury and a smooth ride were your primary concerns while choosing Lexus, LS would be an easy pick. Unfortunately, models before the year 2021 lacked the support of mentioned apps. In this case, Mozart electronics has covered you, aftermarket CarPlay upgrade can be installed on vehicles starting from 2012.  With the little catch, vehicles with 12.3-inch displays are not supported.

Lexus GS is also a discontinued model which never fully got CarPlay support, but an aftermarket upgrade system can be installed on models from as early as 2012.

If you think that Lexus is just a boring old Toyota with leather seats, you will be mistaken. RC and LC model vehicles will leave any driving enthusiast with a smile on their face. When you are accelerating on an interstate, it is equally important to have eyes on the road. Apple CarPlay excels in that department. Any model starting from 2014 can be equipped with Lexus Apple CarPlay upgrade.

Crossovers are known for their practicality, Lexus crossovers got their Apple CarPlay upgrade in 2018 and 2019. For one who appreciates practicality, aftermarket solutions for NX and UX are available from the 2014 model onwards. As for the RX line – from  2016.

Last but not least, Lexus LX, a car known for its luxury features as well as unmatched off-road capabilities. On a muddy off-road track, Apple CarPlay’s hands-free features can be pretty useful. Aftermarket Lexus Apple CarPlay upgrade supports every LX vehicle from the year 2014 onwards.

Business Travelers: How to Make Your Travel Lodgings Work for You