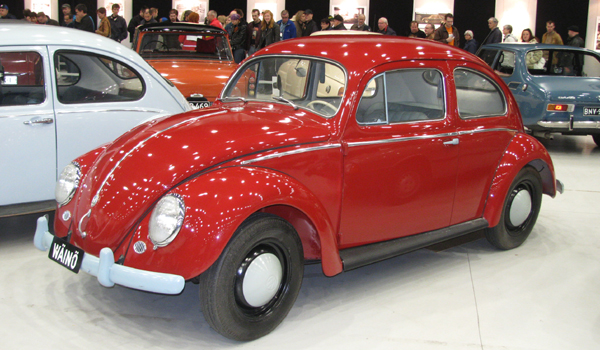 Modern cars are more reliable, efficient and safer than ever, but for some drivers the most up-to-date models simply don’t have the same appeal as those from years gone by. For this reason, they choose to stick to driving older, classic cars – particularly Volkswagens.

Insuring older vehicles can be expensive but there are several companies that specialise solely in classic car insurance and, as a result, they will almost always be able to offer better deals than the mainstream companies.

Insurance costs are high despite that the fact that unlike many drivers who simply use their cars to get from A to B, classic-car owners cherish their vehicles and are, as a result, among the safest drivers on the road.

There is no official definition of a classic car in the UK but all vehicles manufactured before January 1, 1973 are exempt from road tax, which can help offset the cost of insurance. It is also usually possible to shave even more off the cost of your policy by joining an owners’ club for the specific car that you have.

Attractive finance deals, tax breaks for vehicles with the lowest emissions and the introduction of government incentives such as the scrappage scheme have all helped to reduce the number of older cars on the road. Of those that remain, Volkswagens are by far the most popular.

Of all the cars manufactured before 1980 that are still on the road today, a staggering 12.2 per cent of them are Volkswagen Beetles. First manufactured in 1938 and still in production today – albeit it in a very different form – the Beetle is one of the best-selling cars ever made.

In addition to its unique look, the car also benefits from a solid mechanical foundation which makes even older models easy to maintain and keep roadworthy.

Volkswagen is also high on the list when it comes to cars manufactured during the 1980s that are still in use. Ten per cent of them are VW Golfs, the car the company built as a successor to the Beetle. With more than 27 million built since its introduction in 1974, it too is one of the world’s best-selling cars – and one of the most enduring.

The VW Polo also features on the 1980s list in 8th place, representing 2.1 per cent of all cars from the decade that remain in use.

The Golf leads the way during the 90s as well, though the percentage falls to just 5.5 per cent. This is due to the fact that, by this decade, all cars were becoming less prone to rust and other forms of damage and had engines that could continue to perform well past the 100,000-mile mark.

Thanks to the sheer number of Volkswagen Golfs in existence – and the fact that they are still in production – the latest models may well go on to be much-loved classics twenty-five years from now. But there is little doubt that there will also be a good number of Beetles still on the road at the same time.