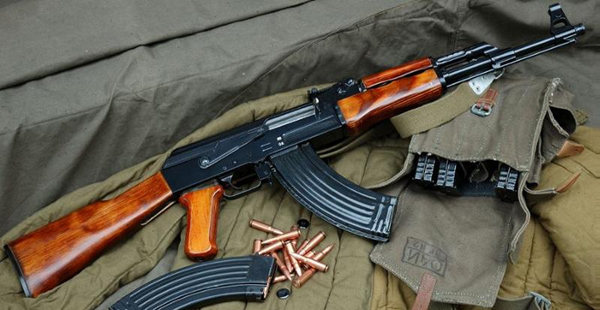 When we think of guns we not just think of warfare, but also about some of the popular action movies in which those guns were displayed. Action movies have always created more buzz because of the stunts and action scenes that were brilliantly executed and that surprise the audience in that moment of time. No good action movie is complete without guns that not look great, but kill without any mistake and mercy.

Let’s take a quick look at some of the best and cool guns that were displayed in some of the slickest action films.

AK-47 also known as Avtomat Kalashnikova is one of the best guns made by Mikhail Kalashnikova that he created in 1947 and hence the name AK-47. This gun is certainly the “Bad Daddy” of all guns and it has been used in almost every movie that revolves around terrorism and warfare. The gun is used in The Dark Knight Rises, Safe House, X-Men First Class, Hitman, Tears of the Sun, Behind Enemy Lines, Blood Diamond, Godzilla and more than 100 films. The gun has also been used in Call of Duty 4: Modern Warfare video game.

This shotgun debuted in 1950 and it still remains one of the most popular shotguns used by the police and military and even by action movie directors. It is also arguably the most popular shotgun widely owned and used with more than 9 million guns sold to the civilians. The gun has been used in some great action movies like Badlands, Commando, The Hunt for Red October, Silence of the Lambs, Lara Croft: Tomb Raider, Blood Work, Dawn of the Dead, The Amityville Horror, Underworld: Evolution, The Dark Knight, A Good Day to Die Hard and many more. 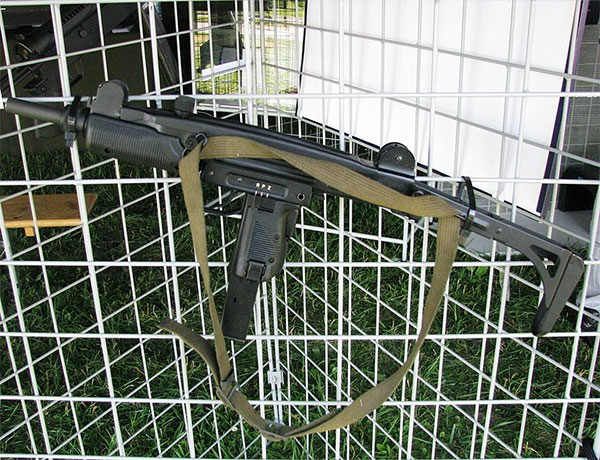 UZI submachine guns made in 1950 initially are equally popular not just in combat, but also in movies and video games. This semi automatic submachine gun is usually used in many action movies because it has a modern sleek appeal factor to it. The gun has been used in movies like Black Sunday, Scarface, The Terminator, Commando, The Delta Force, Lethal Weapon, Die Hard with a Vengeance, Face/Off, The Avengers, The Matrix Reloaded, The Dark Knight Rises and many more. It is also used in video games like Call of Duty: Black Ops. 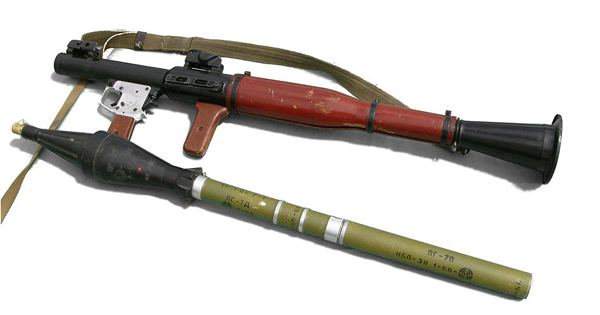 Developed from RPG-2 and used extensively in Communist bloc countries this legendary gun made it to many movies and video games over a period of time. Today it is seen available all over the world from Africa to the Middle East and even in South and Central America. This single shot muzzle loading gun is used in movies like Red Dawn, Rambo: First Blood Part 2, Hot Shots! Part Deux, The Boondock Saints, Spy Games, Blood Diamond, Body of Lies, Transformers, District 9 and many other. It is also used in video games like Call of Duty: Modern Warfare 2 and Battlefield 2. 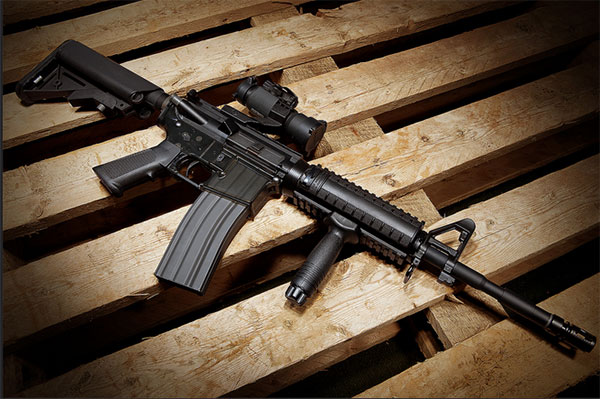 Originally developed by Armalite in 1956 this gun has become the most popular gun used by US military. This assault rifle has been used immensely in many action films and has become one of the widely used guns in Hollywood and international action flicks like Air Force One, Black Hawk Down, The Sum of All Fears, Tears of the Sun, Hulk, Terminator 3: Rise of the Machines, SWAT, Underworld, The Interpreter, Mr. and Mrs. Smith, Transporter 2, Shooter, Spider-Man 3, The Hurt Locker, The Dark Knight, Body of Lies, Fast and Furious and many others. It has also been used in video games like Call of Duty: Modern Warfare 2, Modern Warfare 3, and Call of Duty: Ghosts.