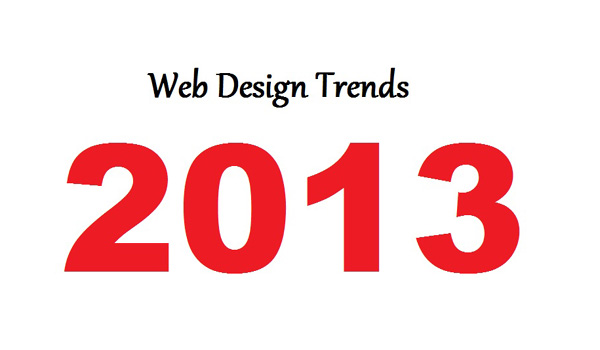 The web is home to its million denizens, teeming with information, ideas and knowledge that are transferred from one corner of the remote world to another in a fraction of a second. The face of this web is as diverse as it is unique and comprises of millions of web sites, each of which is a design miracle in itself. Modern web design is a form of digital commercial art that has evolved over the ages and acquired distinct styles, some of which have become quite popular with users all over the world. Modern web design trends keep changing every year with the influx of thousands of innovative ideas and design techniques and hence, is a dynamic field of interest. Let us keep a track on the list of popular web designs that are most likely to take the virtual design field by storm in 2013.

One of the biggest peculiarities that can be observed when we make a comparison of the older design trends on the web with the more recent ones is the fact that while older trends laid more emphasis on media capacities, the newer ones seek functionality and usability of design along with stylish trends that capture a larger market. Therefore, the future predictions would all direct towards the sustainability of those design fields that can accommodate the new demand.

This is one of the more convenient web designs that is expected to make big waves in 2013 since it is expected to make designing for various kinds of mobile and computer screens much simpler. In the New Year, with the revamping of Windows technology, new mobile, tablet and laptop devices are expected to hit the market and it is not going to be easy for designers to design differently for individual websites that will be able to display all features adequately on these devices. By making the portals more responsive to the needs of the devices, with in-built mechanisms that will translate into seamlessly working websites capable of featuring on various devices with a variety of screen sizes, web designers can take a sigh of relief.

Variations in design typographies form one of the most important tools in a web designer’s satchel and in 2013, intricate design typographies are sure to make it big. Selecting the right typography for your website is one of the most important decisions, given the myriad collection of free fonts and text styles. Combing images with typography is going to be one aspect that will dominate the web designer’s digital easel this year.

A very popular modern web design feature that is very likely to take hold of the digital design stage this year is vertical scrolling, especially on mobile devices. Most mobile devices find it easier to scroll vertically than horizontally and given the fact that this form of scrolling is not only user friendly, but also makes navigation much simpler, it is deigned to rule the web design world. Similar vertical scrolling should be seen for the header menu, which should also be dragged down along with other items on the page, for the sake of the user’s convenience.

There are going to be many takers of this modern web design trend, since this is the age of touch and tap technology with more and more number of phones and tablets becoming touch screen. Larger buttons are not only good to look at, but have also become a necessity for functionality’s sake. However, bigger buttons also means that better graphics are required to support these buttons and which might incidentally slow down the website. If graphic designers do not find a way out of this drawback, this trend, though quite a nifty one will soon lose ground.

Trend 5: The rise of parallax scrolling

This year there will be a significant increase in the usage of parallax scrolling since it will allow designers to assess the depth of their design. This trick, though was primarily restricted to the domain of a game designer, has now been widely adopted in most other websites.

The release of the new version of Word Press along with a host of premium and much awaited features like unique article images and custom types of posts means that this trend will catch up soon and sustain.

Expect a lot of free downloads, designed specifically for web designers. Though web designers have been offering their matter online for ages, this has become quite a rage now and who can deny the allure of freebies? Online web artists and even novices can reap the benefits of free downloads that will help them on their design ventures.