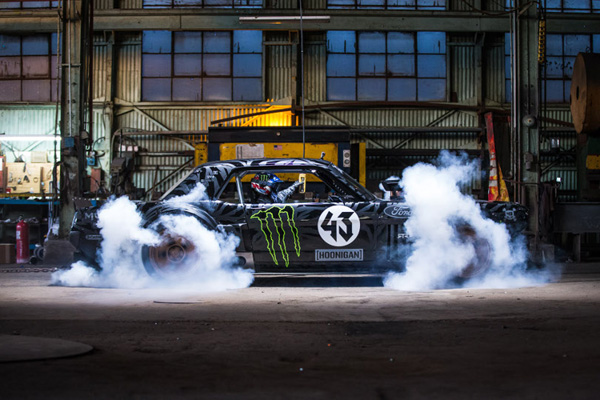 The professional rally driver, Ken Block has returned with the seventh episode of his spine-chilling video series called Gymkhana. This time, the crazy racer has taken a 1965 Mustang and transformed it into a road beast.

The modified Mustang is said to be powered by a 845 horsepower engine, coupled with a six-speed transmission. The car boasts an all-wheel drive system, dropped down bodywork and funky black paint.

In Gymkhana 7, the revamped Mustang shows some crazy driving moves in the streets, freeways and assorted landmarks across Los Angeles. The video features lots of sliding, spinning, smoke and donuts. It is executed with an eye catching cinematography and expertly executed stunts. Moreover, it also features police chases. However, it is not at all illegal. In fact, the department has cooperated with the production team to create this piece of art.

All the moves and stunts are performed by Ken Block himself, while the video is compiled by Larry Chen. Gymkhana is a renowned racing video series prepared by the Hoonigan Racing Division, and has multi-million YouTube hits. As the latest episode of the series is out now, let us see how well it will be received by the Gymkhana fans. 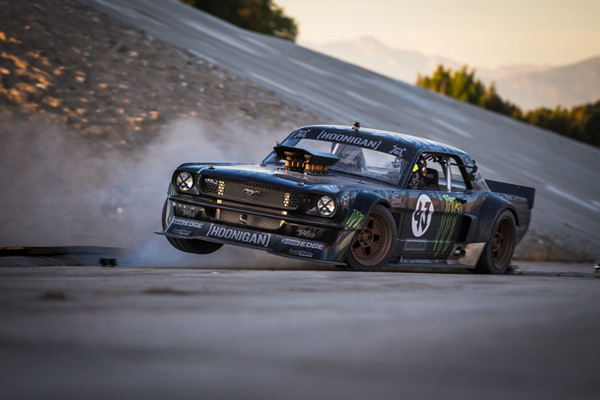 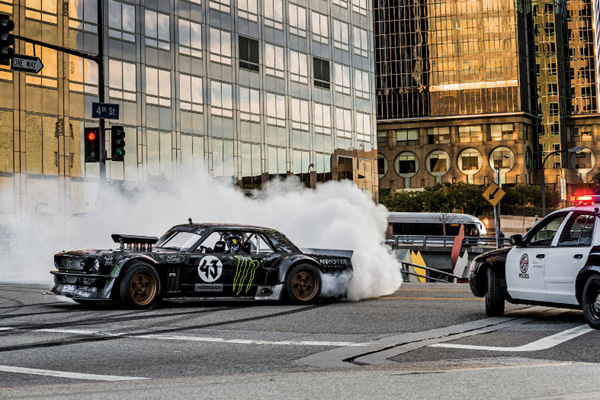 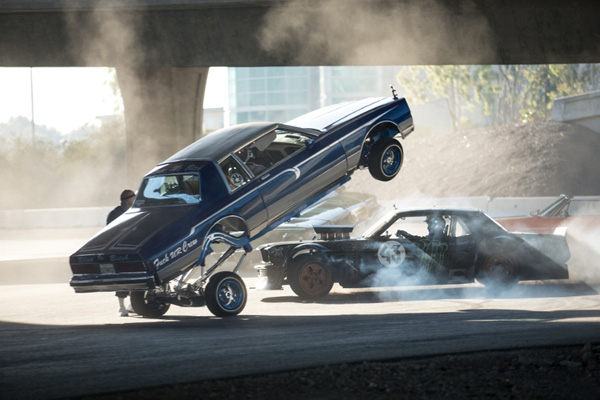 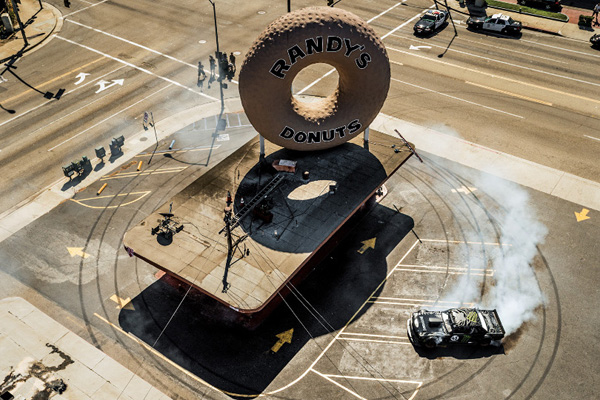