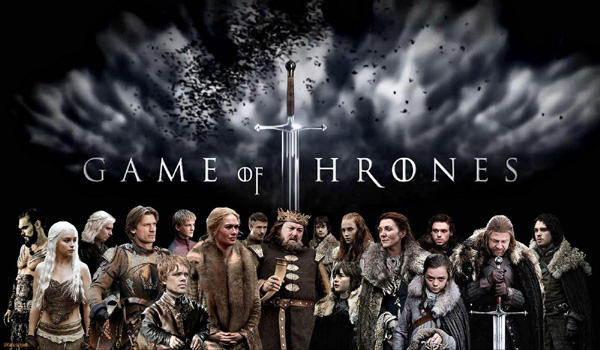 How have I only just seen Game Of Thrones?

I honestly don’t understand where I’ve been for the past few years; I mean how could I have not been watching Game of Thrones all this time? Yes I’ve heard a little talk in the office every now and again – I obviously didn’t realise the true status of the epic American fantasy. Thankfully HBO game of thrones features online, which meant after accidently catching one episode, I was able to watch the rest.

This meant sitting in doors throughout the entirety of a sunny weekend, eyes glued firmly on the laptop. I have to say it was worth it. I’m now fully caught up with season one, two and three and would recommend this classic to anyone.

Despite screening on television, the effects, the costumes and backdrops are astounding. I believe locations varied from the walled city in Dubrovnik to Morocco, to Iceland and Ireland. Belfast, although closer to home, has a world of mountainous scenery I never knew existed.

As I sat patiently on the edge of my seat, through an entire three series of Game of Thrones – I should mention here that this wasn’t all in the one weekend, I did mange to sleep and eat too – I came to a conclusion. The finales, unlike other finales, are less about an ending and more about an insight into what’s yet to come. This I much prefer, although I can’t begin to imagine how hard it was for those that watched the series week in week out. If I’d had to wait even a day for the next episode, I would have been beside myself.

So for those of you that don’t know already, the series is based on the novel by George R.R Martin, entitled A Song of Ice and Fire, which I instantly ordered online.

The big events and probably the most prevalent of all the episodes include Ned’s Execution, the Battle of Blackwater and the Red Wedding. Yes the Red Wedding, I remember this one clearly as this was the finale of season three and I’ve tried every route possible to get my hands on season four but so far no luck. I, like everyone else, will just have to wait in patience.