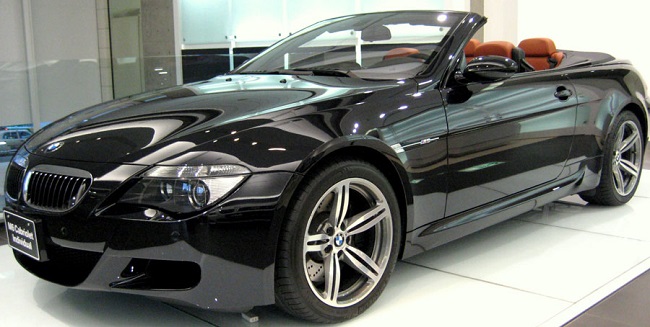 BMW 630i – Choose from two options : A Coupe or a Convertible

Now you have the two options of coupe and convertible in one car. Presenting the BMW 630i. The heart of this dynamic car is the 3.0 liter having an electronically powered valve fitting system. The exterior body is lightweight yet strong since it is made from magnesium composite and aluminium. Since the engine and the body are light, the car can pick up speed faster. Lighter body means less fuel consumption and this is good news for the environmentalists.

A light engine does not mean that the power thrust will not be good. Engine performance is pretty impressive at 272 bhp. The car can go from 0-60 in a matter of 6.5 seconds. It can go even faster if you go for the automatic transmission option. Top speed that the BMW 60i can achieve is 155 mph. the car averages 34.0 mpg in the convertible version and 35.8mpg in the coupe version.

The 6 series has undergone improvements such as LED technology in headlights. The headlights are characterized by a thin row of lights which you can see above the primary headlight. There are slight changes in the rear bumper and the air intake. Some of the features in the interior have also been modified. At BMW of Towson we noticed the seats feature a leather trim and safety modifications include dynamic brake control, dynamic traction control and dynamic stability control.

In order to increase the throttle reaction the driver can make use of the dynamic driving control. This control can shift gears at higher revs when it is used in conjunction with Streptronic Shifting System. The Dynamic Drive feature has another advantage of building up on the counter forces so as to eliminate the body roll when the driver is taking a sharp turn.

Active steering is another great feature as it will vary the steering ration depending at which speed you are driving the car. For example, while taking a turn at lower speeds, you will need to turn the steering at 90 degrees. This system is increasingly becoming popular in new cars. Another great feature worth talking about are the adaptive headlights that adjust according to the surrounding light. The Head Up display options displays important information on the windshield.

The Active Cruise control feature makes use of the radar to measure the distance between your car and other solid objects such as the wall and other cars. This way, you can maintain a safe distance from them.