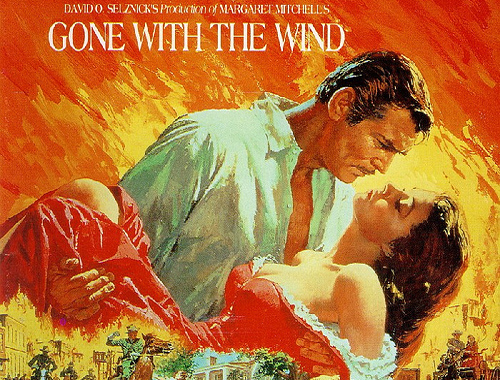 A Selection of Top 10 Oscar Winning Movies of All Time

Below is a collection of the Top 10 Oscar winning movies of all time; these movies have remained evergreen throughout the history.

Filmed in 1959, this great epic film has not only won the highest numbers of Oscars yet, but is also legendary in many other aspects; like having the music score that remained influential for more than 15 years over cinema and a 9-minute scene of chariot race which is an unforgettable sequence without any modern computer graphics. It won 11 Oscars out of 12 nominations.

This musical, directed by Robert Wise in association with Jerome Robbins, had been an adaptation of another Broadway Musical which was again inspired from Romeo and Juliet. Although involved in controversies during making, it won 10 Oscars out of the 11 nominations with the soundtrack album reaching highest sales of the time.

Winning around 10 Oscars, this great historical epic made in 1939 was the highest ranking movie until Ben-Hur was made 20 years later. Also the longest film directed for the first time, this unforgettable movie was also the first main film that was shot in color.

Another musical film that had a plausible number of 9 Oscars, Gigi was filmed in 1958 featuring some of the greatest songs and lyrics. It was a last notable achievement of MGM musical.

Another famous and 8 Oscar Award- wining musical after Gigi which followed only after 5 years, was an adaptation of a stage musical; however a couple of its famous scenes were taken from the previous film made on the same musical.

A 1953 drama film, the story of which had been taken from the novel From Here To Eternity, is based upon soldiers, who had been posted in Hawaii at the time of World War II. The movie also deals with the attack on Pearl Harbor. It won 8 Oscars out of the 13 nominations that it got.

A film based on the life of Thomas Edward Lawrence and his role as a liaison officer through the Arab uprising against the Ottoman Turkish.  It won 7 Oscars out of the 10 nominations that it received.

A 1965 film based on the Broadway Musical of the same name, has some of the best lyrics ever written including “Sixteen Going on Seventeen”, “My Favorite Things”  and “Do-Re-Mi.” undoubtedly one of the most famous movies of all time received 5 Oscars.

Last but certainly not the least, this 1956 adventure movie had won 5 Oscars out of the 8 nominations.

Next article10 Best Funniest Movies Ever