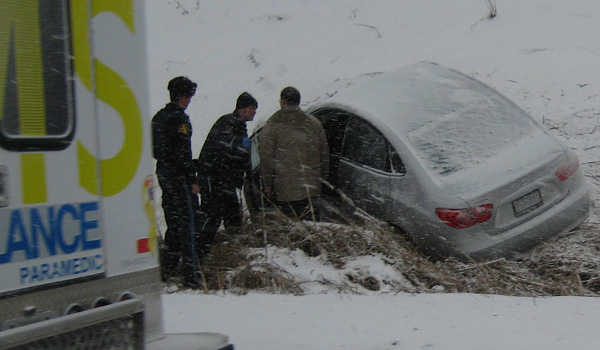 No matter how advance we get, there are some forces that we can never overcome and these are the forces of Nature. Winter and its harsh winds can prove to be really dangerous; even fatal. No matter how strong willed a person is, when he comes in contact with this ruthless season, then everything fails.

Yet every year, there are certain daring souls who take it upon themselves to challenge the winter and come out of it a changed person. Here we are going to take into account 10 of the very amazing winter survival stories that are bound to shake you.

1.    The greatest winter survival story is that of Sir Ernest Shackleton and his expedition of Antarctica back in 1914. His original plan of leading a six-men trek across the continent never even got started because their vessel, Endurance got stuck in the thick ice and started to drown. They were left with no other option than to get off board on an ice floe where they remained for two months before the ice started to give away. For next two years, Shackleton crossed many ice floes and travelled hundreds of miles in lifeboats until they finally reached South Georgia.

2.    In 2012, Peter Skyllberg was found nestled in his sleeping bag in his car which was buried deep in snow in the Sweden wilderness. The man had amazingly been trapped in snow in his car for almost two months before he was found by rescuers. The doctors who treated him had no answers as to how this man could go without food and water for so long. The only explanation they could give was that perhaps his body went into hibernation when he fell asleep in the cold. They also concluded that his lack of activity helped conserve his valuable calories.

3.    Mark Inglis and Phil Doole went on a climbing trip to Aoraki Mt. Cook in 1982 when a blizzard came their way. After building an ice cave, they waited for the storm to end; little did they know that it would take about 2 weeks to be rescued, during which they merely survived by consuming insufficient rations. Inglis and Doole were able to survive their ill fate, however because they were cramped up in the cave for so long, their legs had to be amputated as they received no blood circulation.

4.    Back in 1972, a Uruguayan Air Force Flight 571 went down in the Andes Mountains. The plane crash left only 29 passengers alive on the snowy mountain out of which some died soon due to avalanche. The remaining people desperately kept themselves alive by feeding on dead bodies of those who had died. Finally two of these people took off in search of help and after 10 day of trekking miraculously came across a Chilean man who then notified the authorities of the wreckage.

5.    Beck Weathers’ journey into the Mount Everest during one of the worst seasons in history led to his ill fate and the death of many of his friends. After being trapped in the sub-zero temperatures for 18 hours, he finally came back to his senses and started his descent. He lived but severe frostbite led to amputations of both hands.

6.    The tale of the Donner-Reed party is similar to those people who were trapped in the Andes. After being trapped in the Sierra Nevada Mountains due to navigational errors, the travellers tried hard to resist the harsh temperatures. However many succumbed to the ill fate and the remaining started to eat them in order to stay alive.

7.    Colby Coombs was only a National Outdoor Leadership School Instructor when he adventured to the Mount Foraker’s Pink Panther Route in the Alaska Range with his friends. Almost close to the end, they were hit by an avalanche which tossed them 800 ft. on the side of the mountain. When Coombs finally woke up after six hours, he realized he had several broken bones in his neck, shoulder and foot and was hanging by a rope. Struggling to survive, he swung over to safety and started a painful descent; on the way he came across the dead bodies of both his friends.

8.    Eric LeLarque, an Olympic hockey player, went snowboarding for the daytime in the Sierra Nevada range; however upon getting lost, he carefully consumed the little food supply he had. Wandering for a week, he finally reached safety but got both his feet and a big portion of his legs had to be amputated.

9.    The story of Jan Baalsurd’s escape from the German soldiers during WWII Nazi occupation is also worth mentioning. He managed to survive with very light clothes and one shoe in the Norwegian mountain country before finally reaching a small village with extreme frostbite.

10.    In January of 2012, two rescuers – Josephine Johnson and Jim Dickman – who had gone on a dayhike on Mt. Ranier became trapped in the blizzard for two nights. They reached desperate moments, however their will to survive saw them through this catastrophe.