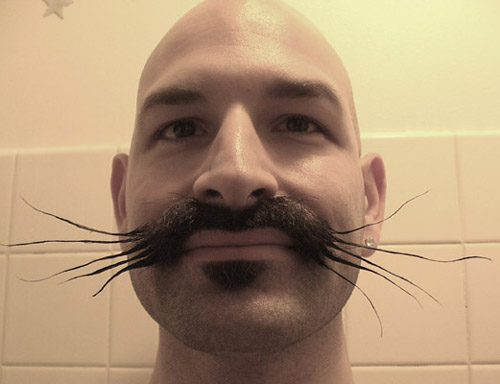 10 Most Weirdest Sports Held Across the World

Here is a collection of 10 most weirdest sports held across the world.

If you like keeping facial hairs in unusual length or shape, then the World Beard and Moustache Competition is definitely for you; this weird competition takes place every two years where men with elaborate and decorated beards Weirdest Sports participate.

Originally for the entertainment of the men from the armed forces, this unusual sport became an annual race competition for the people of Knaresborough. The teams include 6 racers each with a bed that has been highly decorated in that year’s theme.

Every year in January a sport known as Camel wrestling is held in Turkey. Though not a sport in which actual men or people are involved, yet the spectators love watching two male bull camels fighting over a female camel in heat that they have placed nearby. Talk about taking advantage of other’s emotions.

When we talk about people’s need of originating weird sports, it cannot get any weirder than the Canine Freestyle Dancing completion in which both dogs and their owners dance to a routine. The competitors select special dresses and songs to take part in this national competition.

Talk about taking little things seriously – this weird sport once seen in college parties has now reached a national level with rule books, score chart and everything. A game involving beer and ping pong ball, the player has to toss the ball from one end of the table in a way that it is going to land in a glass full of beer at the other end.

Believe it or not, but this hybrid sport has become famous on international level and now the World Chess Boxing Organization conducts championships of this weird game. The players play alternate rounds of chess and boxing and it is the checkmate or knockout situation that decides the match.

A rubber duckie race to raise money for charities – how cute is that. Cute or not, this rubber ducks race downstream is certainly an unusual sport that people like to indulge in. the Great Singapore Duck Race is the best example where thousands of participants buy little rubber duckies, write their name on it and throw it into the river amongst others.

Who would have known that a play ground game would actually end up in World Championships?  Rock Paper Scissors or RPS World Championship that took place in Canada in 2005 saw a participation of around 500 competitors from belonging to 27 different states of America.

Last but certainly not the least weirdest, each year a race is held in Adelaide, Australia in which boats of all shapes and sizes compete with each other. The only catch is that the boats should be made from milk cartons.

Next articleThe Top 10 Most Well-Known Golfers of All Time