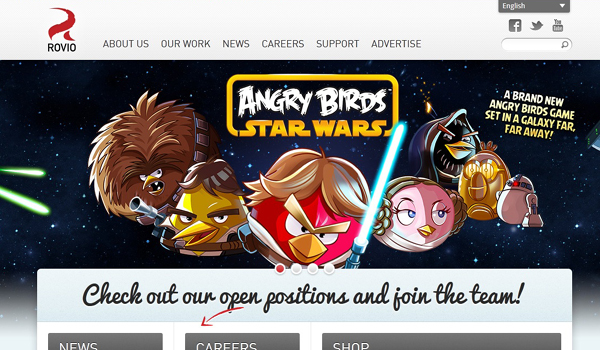 The first entry on this countdown would be omnipresent on other similar lists, owing to their contribution to game app development. Gameloft has also brought us games like Assassin’s Creed: Altair’s Chronicles, Blades of Fury and all time favorite Earth Worm Jim, which has definitely left an undeniable mark on the minds of mobile phone gamers. 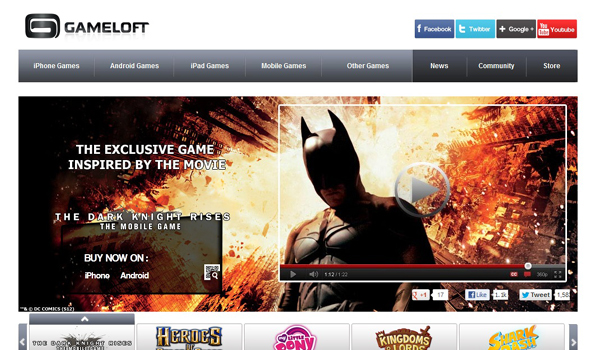 Gameloft was founded in 1999 by one of the co-founders of leading game developing house Ubisoft and currently develops game apps for virtually every known platform out there. Magnitude wise also the company is a behemoth! It’s headquartered in San Francisco and has branch offices in 28 other countries and distribution network in 100 countries. The year 2011 was very beneficial for Gameloft as their creations won some major coveted awards such as: 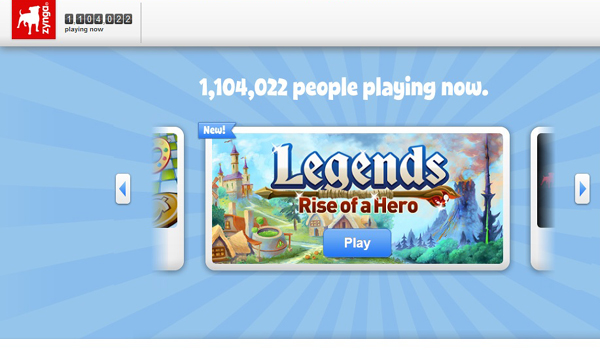 The cryptically named company didn’t start out as a game app developer but rather acquired its fame for developing massively addictive online games for social networking site Facebook. According to an estimate, Farmville and Mafia Wars have 306 million active users as of May 2012 and the number is increasing day by day! Banking on the success of its aforementioned ventures, Zynga has forayed into the world of game app development and has since been acquiring high profile mobile social game specialist studios. Coincidentally, Zynga is also headquartered in San Francisco and was founded by Mark Pincus, who also serves as its CEO. The origin of the cryptic name as revealed by Mark Pincus is inspired from a bulldog, he used to own, named Zinga. Zynga embodies what a little innovation and twist can achieve as far as its games are concerned, as they all share the same mechanics, albeit different settings. The most distinctive trait of Zynga has to be the rapport it has with the gamers, as it weekly invites a large number of them to their headquarters to play games and give them feedback. As for the mobile platform, their most successful venture has to be Draw Something, developed by one of their Omgpop, one of their acquired companies.

Every mobile gamer has heard the name and almost all have played the phenomenon known as “Angry Birds”. The brains behind this awesomely addictive and immersive game originate from Finland and currently one of the most sought after and best game app developers on the planet. The company was originally named ‘Relude’ but later renamed to Rovio (I consider it an improvement) and was founded by an unlikely trio of students from Helsinki University of Technology. These three developed a real-time multiplayer game for Nokia and won the competition which leads them to realize their own potential and hence they started Rovio. But real fame came to Rovio on December 2009, when they conceived and released Angry Birds for iPhone. The rest as they say is mobile game history! Angry Birds has become the most download app in the history of Apple App Store and made Rovio billionaires in the process. Some would accuse Rovio of stealing the main theme of their game from an existing game called “Worms Fort”, but in all honesty the creativity, innovation and share addictiveness of Angry Birds is unmatched by any game! Other mention worthy endeavor of Rovio includes Amazing Alex which is also a highly addictive physics puzzle game. 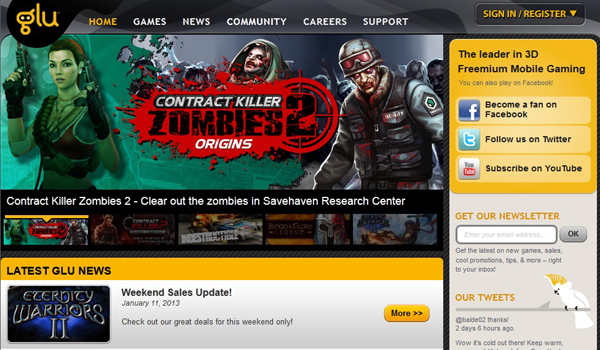 Glu Mobile has carved out a reputation for themselves by developing 3D mobile game apps. Originally hailing from San Francisco (seems like all the best game app developer started out there), they now have offices in four countries. Following the footsteps of Zynga, Glu Mobile has also gone on a spree of acquisitions and caters to a variety of different platforms for their apps. Glu mobile came into being when two different companies from different parts of the world had a merger in 2005. The most popular offerings by Glu are:

Deer Hunter 3D: Probably the most graphically pleasing and best selling hunting game of all times! Although it would make animal’s rights activist squeamish, but that doesn’t take away the fun aspect of the game.

Blood and Glory: You are a gladiator of the Roman Empire and must survive the arena by eliminating your competition. Gratuitous gore and hack n slash action are the cornerstones of this gem of a game by Glu Mobile. The game truly depicts the raw violence of the combatants and the blood thirsty nature of the roman citizens as they howl for blood.

So there you go folks! Mentioned above are the best game app developers in the world, today.