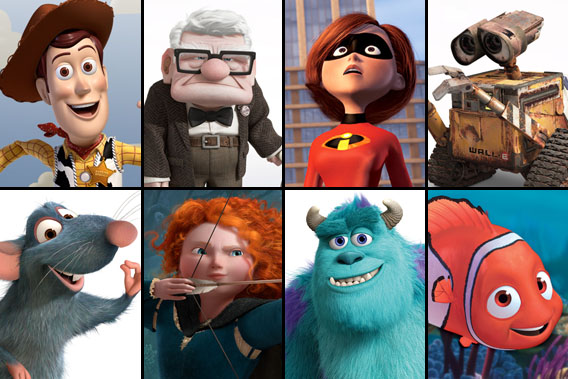 Every great movie needs a distinctive character and kids’ films are no different. Unforgettable, iconic and inspiring, the best movie characters will stay with us for years.

Since everyone has their own personal favourites, it’s impossible to put together a definitive list – but here are ten of the very best.

Terrifying and charming in equal measure, Willy Wonka has got to be one of the most classic characters from the world of family films.

Leading us on a magical journey through his chocolate factory and teaching us lots of invaluable life lessons along the way, Willy Wonka is everyone’s favourite confectionary tycoon.

All kids love having a best friend, and if your best friend is an alien from outer space, all the better.

Teaching us about friendship, courage and perseverance, E.T is the perfect role model for today’s kids.

He may not be the main character in 80s classic The Goonies, but he’s definitely the most memorable.

Showing kids the value of not judging a book by its cover, Sloth is a fantastic character from a great family film.

Though even the youngest children will probably be able to tell that Michael J. Fox’s Marty McFly is too old to be at school, it doesn’t stop him from being one of the most iconic teen icons of the 1980s.

Travelling through time and defeating bullies, McFly shows us that the nice guy can win in the end.

You couldn’t make a list of kids’ movie characters without including the one that has had the biggest influence on children in the last 15 years or so.

Brave, talented and with some great friends to back him up, Harry is a great inspiration for today’s youngsters.

It’s impossible to watch Home Alone without part of you wishing that you had a whole house to yourself to eat whatever you want, stay up late and fight bad guys.

Incredibly quick off the mark, Kevin is the ultimate street-smart kid, making Home Alone one of the ultimate must sees.

Matilda showed studious girls across the world that it was cool to do well at school.

After battling against a wicked teacher and selfish family, there’s never a dry eye in the house once Matilda finally gets her happy ending.

All kids need a mentor to look up to, and if he happens to be a ninja-style karate master then even better.

Calm and composed but able to defeat any opponents without breaking a sweat, Mr Miyagi is the ultimate protector of the weak.

A classic tale of a father’s love for his son, Nemo will give even the dreariest afternoon a warm glow.

Nemo himself, with his wonky fin and ‘never give up’ attitude has to be one of the greatest cartoon fish of all time.

What child hasn’t wanted to click their fingers and see what it’s like to be an adult, if only for a day?

Tom Hanks’ adventures in his oversized body will get every 14-year old boy hot-footing it down to their local arcade to try and find their very own magical, wish granting game.