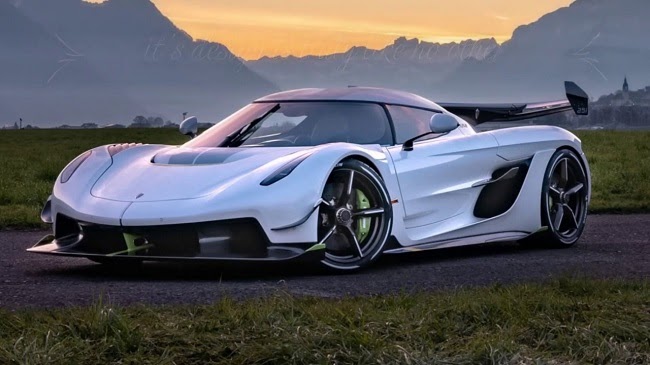 Ever since Koenigsegg was established by Christian von Koenigsegg the company has been churning out supercars that wow the automotive world. The design, the attention to aerodynamics, the power, the handling it excels in every aspect of what a supercar should be.

When Koenigsegg released the Agera RS it was thought that the company would not be able to put out a better car for a long time. But that all changed at the 2019 Geneva Auto Show. Koenigsegg unveiled the Jesko.

The early KoenigseggJesko reviews have been promising. The KoenigseggJesko was most probably the biggest talking point of the show with the entire industry intrigued by every aspect of the car. The Swedish hypercar isn’t only for show though. It boasts some amazing specs at least from what they have released.

When Bugatti Chiron broke the 300mph mark they congratulated but also said that they are waiting to see if the homologated version of the Chiron can beat the RS’s  284.55mph. This is the record the RS has set and the Jesko is touted to beat. So let’s check out what the Jesko is all about.

The Sweedish supercar manufacturer hopes to surpass the success they had with the Agera RS. The KoenigseggJesko was made in hopes of dominating the supercar sector. This is why it was fitted with a top of the line twin-turbocharged 5.0-liter V-8.

It is estimated that it will generate around 1600 horsepower on E85 gasoline and 1106 lb-ft of torque. All that power will be channeled throughout the car with the help of a rapid-shifting nine-speed multi-clutch automatic transmission.

Koenigsegg even named its energetic gearbox. They call it the Light Speed Transmission or LST for short. The Jesko was made to deliver high-speed performance. This is why the supercar was fitted with a cutting-edge suspension. The suspension features adaptive dampers that provide amazing control even when driving at really high speeds.

On top of that, the supercar has a rear-wheel-drive system that provides amazing agility and great control at really high speeds. On top of that, it has a plethora of aerodynamic add-ons that create an immense amount of downforce. Below you will find the details about the Jesko engine the manufacturer has released.

Along with that, you can expect to see a closed-loop individual combustion and lambda control, twin ceramic ball bearing turbochargers with Koenigsegg response system. The regular bar boost pressure comes in at around 1.7 bar but jumps to 2.2 bar with E85.

It has a carbon fiber intake manifold with optimized intake tracts and Tig-welded ceramic coated 0.8 mm wall thickness Inconel exhaust system manifold with merge collector. But the engine remains relatively lightweight with it coming in at around 189 kgs.

So the Jesko comes with the standard Koenigsegg Engine Control Module. And it features a high power coil-on-plug ignition system. You will also have the option to get a flex-fuel capability if you want.

Now that you know about the engine you may be wondering about the output you may get from the new Koenigsegg supercar.

When Koenigsegg revealed the Jesko they said that it will be available in a few different models including a track-ready version. But what we are most excited about is the street-friendly model. Now each model should have different interiors with each being fitted with luxurious items.

But the street-ready will have adjustable seats. The Jesko will feature a snazzy 5.0-inch touchscreen on the steering wheel as well. The screen will act as the traditional control panel for the instruments within. 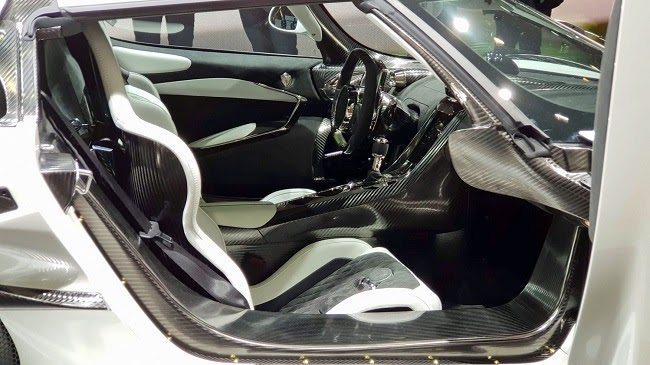 The supercar will also feature a 9.0-inch touchscreen infotainment system and will have apple car play support as well. But that’s not all I guess with the KoenigseggJesko priced around 3 million dollars so it will most definitely come with a ton of features for entertainment and safety. We will know more when the supercar manufacturer is gearing for release.

Will It Be Good Enough?

So there you have it. A full KoenigseggJesko review of what we know so far. Till now from what we have seen it looks promising. But how will it compare to other supercars that are being released soon?

With the Chiron dominating the market and Gordon Murray releasing the heir to Mclaren F1 soon the KoenigseggJesko will have its work cut out for it. But if its anything like its predecessor the Agera RS then the automotive world is in for a treat.

The CEO of the company is also very excited about the impact the Jesko will have on the market. But only time will tell. Now, getting your hands on auto parts for any Koenigsegg means that you have to get OEM parts directly from the manufacturer.

But for other cars, you can easily find OEM and aftermarket auto body parts on wholesale prices online. You can go to your local brick and mortar auto parts shop or find the best place to order auto parts online.

Now what is best for me may not be the best for you and we understand that. This is why we always encourage our customers to use an auto parts finder app. This way you can get whatever auto parts you need while you chill on your couch. So with that being said, I will bring down the curtains on our discussion. Till next time, see ya!