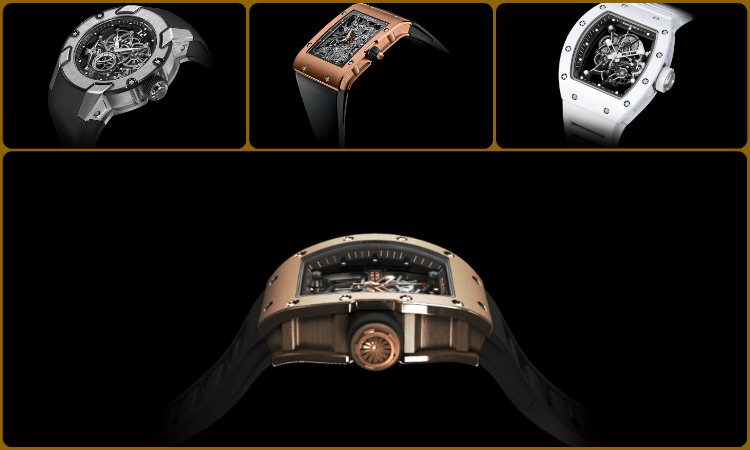 Why are Richard Mille watches so special? Learn why the world’s superstars can’t be without this new luxury watch brand.

Luxury watch collectors and enthusiasts are in awe of the trendiest designer brand on the block: Richard Mille. Launched in 1999, which is relatively new in comparison to fellow Swiss watch makers such as Rolex or Patek Philippe, this style is a real hit with celebs and athletes alike. Rappers such as Pharrell Williams and Kanye West are frequently photographed either in professional shoots or by paparazzi and both are adorned with their favourite Richard Mille piece. But what makes this designer so special?

It’s not just singers and style gurus that are attracted to this brand, there are countless examples of sports stars all over the world who love their Richard Mille watches, and for good reason. Tennis player Rafael Nadal, Olympic star Yohan Blake, F1 driver Felipe Massa and South African sprinter Wayne van Niekerk all rely on the mechanism of this particular watch when they’re performing at their peak. They are specifically designed to be able to withstand the G-force of a pro golfers swing or the vibrations within a racing car. The ability to create a watch that can handle these challenges as well as being less than 20 grams in weight is one that few watchmakers can achieve, but Richard Mille manufacturers come up trumps.

How Does Richard Mille Stand Out From The Crowd?

Top luxury watch brands have their own individual characteristics that make them stand out from their competitors and Richard Mille pieces are no different. In keeping with the theme of wanting to resist G-force conditions, the manufacturers are proud to display the very materials and mechanism that allow this to happen. The watches have a sort of barrel appearance that looks like you’re peering inside an engine, so you can see exactly what is responsible for the excellent time-keeping that you’re paying for. Materials which are typically used in aerospace or F1 such as carbon nanotubes, silicon nitride and toughened ceramic can all be found inside the mechanism, to create the utmost in resilience.

Due to the popularity of these watches, and the fact that only around 3,000 of them are produced every year, it can be tricky for collectors to find stores with Richard Mille watches for sale. However, this type of exclusivity only breeds demand, which may go some way to explaining the high price tag associated with this brand. With a starting price of around £60,000 reaching the heights of £1.5 million, this is not a style of watch that is within the reach of many watch collectors. However, for those that can afford the price tag, a Richard Mille design is a symbol of those who have made it big, whether in the world of business, sports or entertainment as is the case of Pharrell and Kanye.

Some may opt for a mansion or a sports car, others proudly invest in an RM56-02 Sapphire Tourbillon model.

Richard Mille may be in its infancy as a watchmaker brand, but it’s certainly made a significant splash on the scene so far. Watch this space to see who are the next big names that can’t resist glancing down at a RM on their wrist!

3 Ways to Look Your Best for an Upcoming Wedding

Tricks of the Trade of Makeup Artists