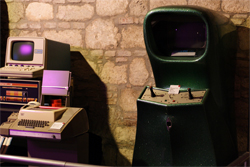 Video games nowadays are so immersive, addictive and life like that it’s hard to envision that they had very humble origins. From a simple tic-tac-toe game programmed on an EDSAC vacuum-tube computer in 1952 to current ultra-fast (and super mega computers compared to the humble EDSAC), the history of video games reads like an evolution theory! From 1952 onwards, there were some valiant albeit not very successful attempts at crafting video games, so let’s take a leap to the more productive era which yielded some results!

Contrary to what people might think, the next step in video game evolution was their appearance in the arcade instead of home consoles. The first commercially mass produced arcade video game was coin operated and developed by two fellows named Nolan Bushnell and Ted Dabney. They christened their venture “Computer Space” based on a previous design that wasn’t mass produced. Unfortunately, computer space wasn’t a commercial success because it was very difficult to get the hang of. Besides the difficulty, common masses at that time weren’t that receptive to the idea of video games as they are now, but all of that was about to change. 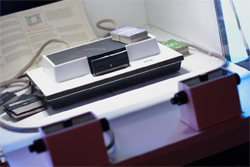 The very first “console” or miniaturized and more powerful version of the arcade game was the result of collective efforts of Ralph Baer and his pals. Now the thing to bear in mind is that this was the very first console video game known to mankind and it looked and operated a lot differently than the consoles we have today. The user interaction wasn’t that immersive and compelling as the games had very rudimentary and mundane premises. The first console was named Magnavox Odyssey (Magnavox was the name of the licensor company). There were several external accessories available with console to make the gaming experience more aesthetically pleasing like plastic sheets overlays which one would tape to the output device. Using some clever and innovative advertisement, Magnavox was able to achieve massive sales figure.

There was a period when games were written and deployed on mainframe computers. These endeavors were frowned upon and discouraged as they were making non intended use of very expensive computer hardware. Since it was somewhat an obscure period, I shall skip it and jump to the next stage in video game evolution. 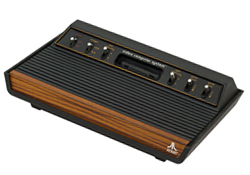 Like their predecessors, the second generation consoles were very rigid and pre-programmed. To put in it in layman’s term, if you had purchased a second (or first for that matter) generation console you could only play the games that were built into the system. Unlike today’s console where you can play newer games by simply purchasing their DVD, earlier consoles were fairly linear and single purpose. If someone wanted variety and other games besides the one that come hard wired into their console they’d have to purchase a separate device. This was proving to be a major nuisance for gamers and weighing heavily on their pockets. The solution to this problem was cartridges! Cartridges were the earliest variant of game DVD’s which contained game data and simply plugging them in would launch the game. This successfully solved the aforementioned problem as gamers simply had to purchase different cartridges to enjoy different games. The first video game console to practically adopt the cartridge system was none other than Atari 2600, introduced to the public in 1978 by Atari.

While home console gaming was making gradual progress, arcade gaming was expanding by leaps and bounds. From 1978 to 1986, arcade gaming experienced its golden age. Things were kick started by a company named Taito and their offering named Space invaders. Sensing the potential of this new horizon, the market quickly become oversaturated with arcade games but some shone through by virtue of their superior product, popularity and sales figures such as:

Atari’s Asteriod (I have got so many fond memories associated with this one!)

The age of arcade gaming had truly dawned! Arcade machines were seen at almost all social locations and video game arcades began to spring up.

Note: At that point in history, it was the machine running the video game and not the video game itself that garnered more attention. It was much later down the years that the game itself began to branch out into different genres which made things that much more exciting.

The following years saw the rise of gaming computer and hand held video games, but these quickly faded out as the gaming industry faced a burnout in 1983. I am going to skip the sob story and jump right to where it picks up again with the emergence of the third generation of consoles.

Due to shortage of space, I am going to highlight the major and noticeable achievements of this era in bullet points: 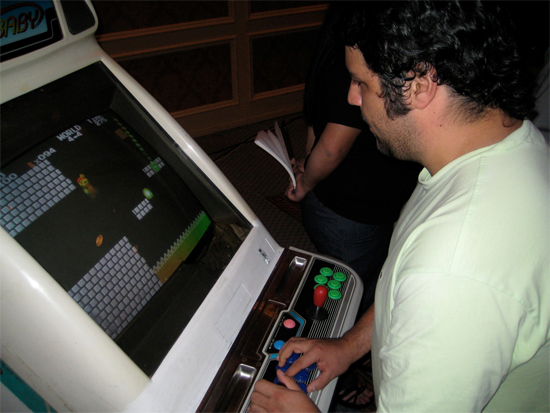 Most noteworthy game series in the history of video games, which are still well known and highly revered today also originated in this era, namely:

Major highlights of this era were the various innovations in gaming peripherals which saw them advance from basic 8 bit to 16 bit. This meant better graphics, better sound and overall more entertaining and addictive games. Noteworthy consoles of this era were Super NES, Super Famicom and most notable aspect of era had to be the usage of CD roms for running game CDs. 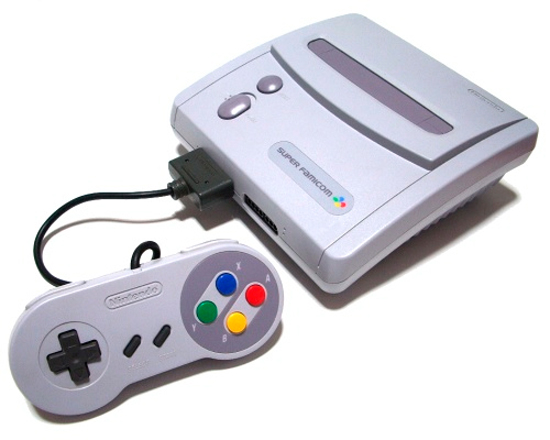 Stay tuned for the coverage of next subsequent generation of consoles!